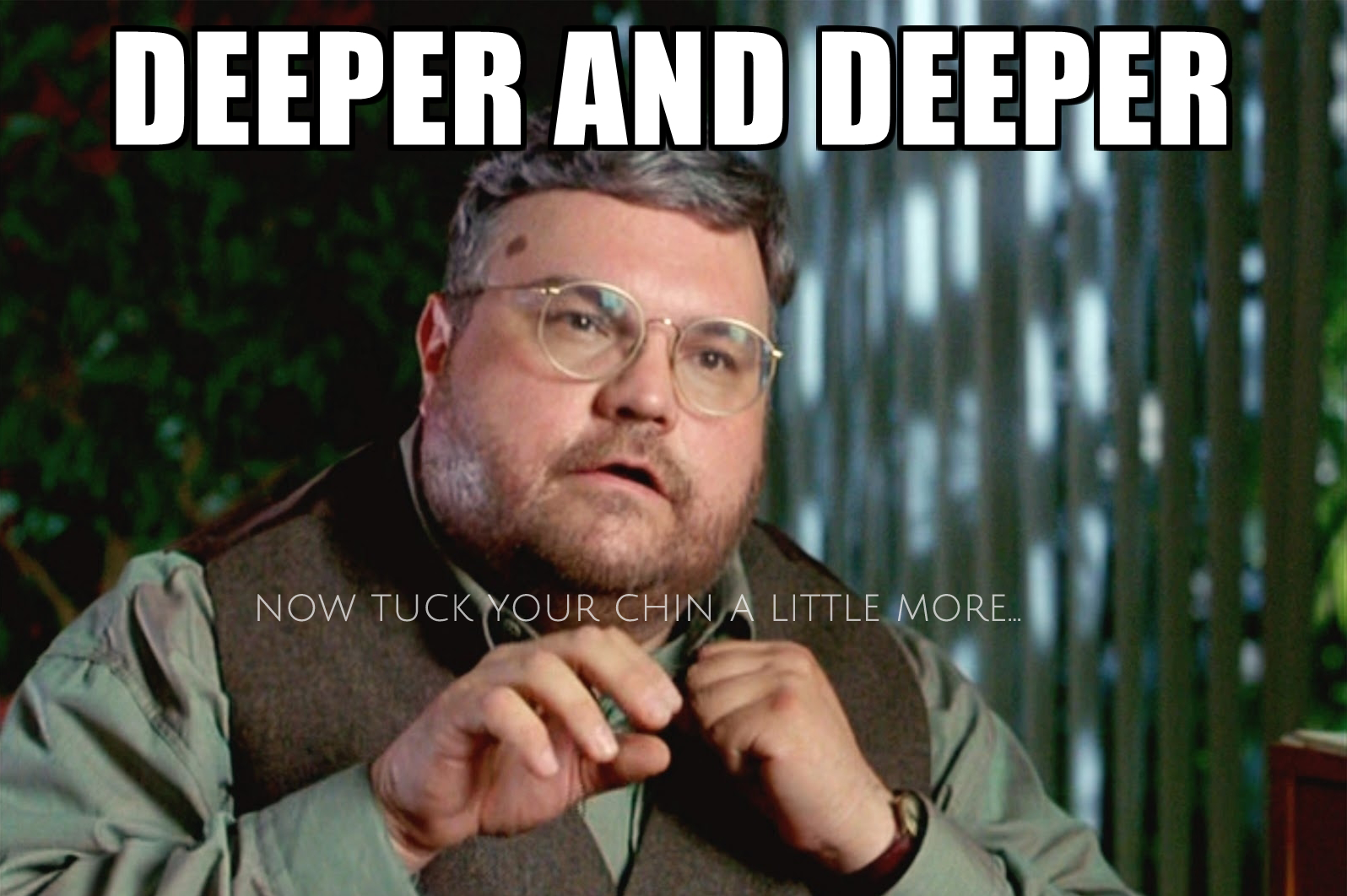 Deep neck flexor training is a common go-to post various physical ailments, from neck pain, whiplash headache and TMD. The most common bio-feedback tool is the Chattanooga blood pressure cuff device, which gives the user a metric for how much of their head they are actually lifting (if performing the CCFT a la Jull). The CCFT assesses a persons’ ability to be specific and precise with movement holding in various levels of upper cervical flexion. 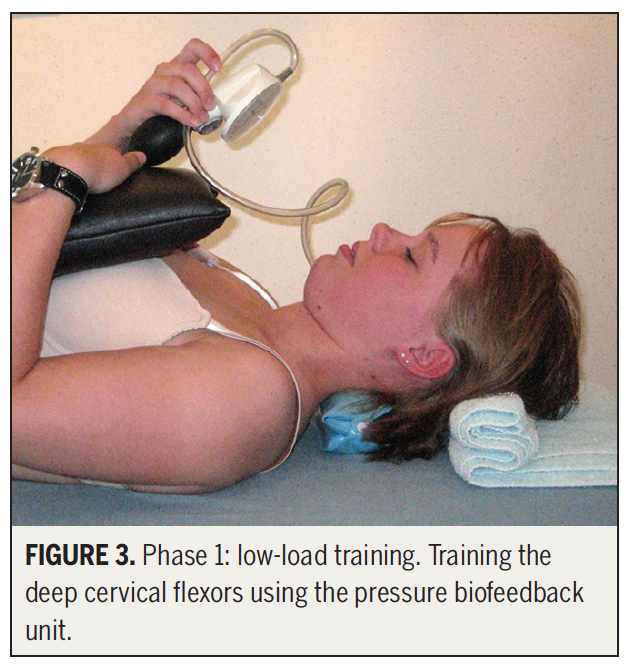 The “craino-cervical flexion test” has been an often utilized test and training strategy for the logus bros (capitis & colli), and noting excessive action of some of the muscles that aren’t anatomically designed to flex the neck (SCM and anterior scalenes). The test has shown validity and reliability (although like many “tests” in the physio world, its relevance in relation to pain or alleged dysfunction could be individually variable). The endurance capacity of deep neck flexors has also been shown to be decreased in patients with TMD, and headache.

With research that individuals with neck pain have more superficial EMG activation in their neck (and less “deep cervical flexion” action) makes sense from the view that our bodies often overcompensate in attempt to protect us, and when in pain or after injury, we move (engage) differently. These altered strategies could be under conscious influence (expectation of pain) or unconscious (maladaptive habit): but the information is still only telling us what the environment is like lifting the head from supine (and not with ADL such as walking, talking, typing etc).

One could probably drive oneself crazy if truly trying to identify and then articulate in a meaningful way that isn’t iatrogenic to the patient, the myriad of supposed dysfunction in our inherent idiosyncratic movement patterns. Also in lieu of a 30-45 min treatment period perhaps 1x per week, exercise needs to be meaningful (the patient can “feel” something, has goal to achieve and they are able to work towards that in a way that ties into their understanding of their condition).

One issue with assessing capacity of a normal, and in-pain persons is that we can only perform analysis on one thing at a time, and we can’t extrapolate significance unless we get very particular: (good) research is designed to be able stand to scrutiny. But as evidence is past from researcher to clinician we can get tunnel vision in relation to what is important: “normal people do this, but we found that you do that” can be significant, but can also go down a rabbit hole. Part of it has to do with how people move and perform in pain, as well as a desire to apply causation to specific variables to asymmetric and variable humans.

To illustrate the point for instance, if chronic neck pain sufferers squinted their eyes 40% more after 10 seconds of holding a head lift from supine, would we train them to hold their eyes at only 10% closure? Of course not, because it isn’t relevant (hopefully not). We could probably conjure a reason for it, but attacking that variable is nonsensical. I suppose it’s a version what critics of manual therapy would label “overly mechanistic thinking” in relation to how a persons body interacts with a task or environment. 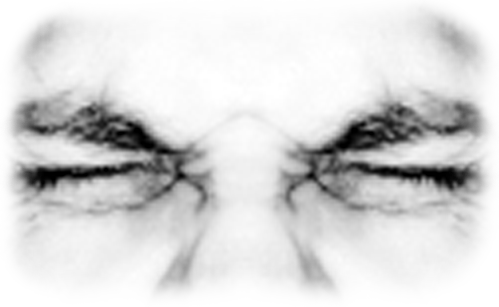 On the flip side, sometimes specific tasks can be great for some people. It can also be helpful for someone to either physically feel or visualize their deficit, instead of just hearing about it. It can really challenge people (especially athletes) to push themselves and enhance their capacity. For instance I recently saw a tweet stating ACLR patients who couldn’t perform at least 22 single leg sit-to-stands had worse knee function post op. My clinician mind might eagerly ask “wait, at what seat height? At what speed?” but is that really the point? Does that direct us to train every ACLR to do 22 single leg sit to stands then send them out the door? It is one examined variable, that identifies more successful athletes, but not causative (in the sense that if you have dysfunction 3 years post op it is due to the fact that you can only do 19 single leg sit to stands and not 22+). We know this, but we can also be guilty of taking one test and implicating its lack of performance on a very global condition with many variables, and need to factor in what we can do in our treatment period to best cover these variables (from both physical and educational standpoint).

How we frame our rhetoric during assessment and implementation of exercise matters. There are lots of variables in treatment approach that can lead someone down a successful path or non-successful path, and both can be potentially achieved through noble or unlikely narratives. We don’t have to abandon specific exercises in a skeptical nihilistic sense either, we can proclaim the attributes of a intervention and move on, applying some of the global concepts gained from specific intervention studies. In this sense, yes get strong here- and here, and here. Challenge yourself to control this, and see if you can do as well on this side as you did on that side… Functioning well and challenging oneself during exercise is inherently an attempt to allow a body to learn and experience and adapt, but the narrative is what helps shape the intention of the exercise (as to not go down a path where the patient is trying to hold there transverse abdominis at work). Ability to perform is one factor in a number of physical, social, and psychological considerations that make up a persons’ pain state. Enhancing that ability can splinter out into positive influences on other factors (as can decreasing that ability) and exercise is a tangible gateway. In short making things variable and challenging in a way that’s accepting and engaging for the patient is a good start.

The below videos demonstrate applying visual feedback to enhance common exercise to increase engagement and performance, as well as looking at strength, endurance and proprioception in other positions: